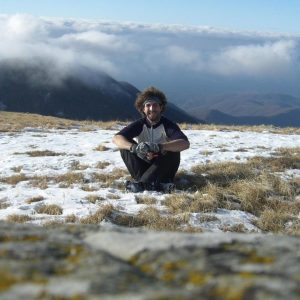 Since wolves have returned to the Alps, some farmers have taken illegal measures against them. The conservational ecologist advocates the peaceful coexistence of wolves and humans.

Marco, what is your personal view of Europe?

Besides a mere continent, Europe is an idea of a community invented by people that, for centuries, struggled in wars with neighbors. Nevertheless, along with wars, long collaborations developed the idea that cooperation is far more important. Break down borders is indeed the first achievement for people that want to think, act and live free in this world. Europe must continue to go in this direction.

That said, I am in favour of Europe and the EU – I hope that the wave of nationalism which has beset the EU particularly in the last 10 years will pass and that EU nations forge ever closer ties, leading to Europe becoming one big community and possibly even eventually one big state.

In your opinion, what does Europe mean for your home country, Italy?

For Italy, Europe must be a larger community to belong to in order to implement policies at broader scales. Italy benefits being a European country because of improvement in the economy, rights, natural landscapes conservation and wellbeing. Unfortunately, due to the current situation of manifest and widespread hate toward European Union, Europe for Italy now could be seen as an idea to fight for instead of joying achievement that has been already reached in the past

I would really recommend the creation of a European federal state instead of being a community only. However, because of the past, cultural traditions and linguistic barriers this would probably remain just a dream forever. It is nonetheless a pity. Still, many policies, for instance in regards to wildlife conservation, are already implemented at a European scale and their results highlight the importance of cooperation instead of setting apart different lines of work and projects.

Besides a mere continent, Europe is an idea of a community invented by people that, for centuries, struggled in wars with neighbors.