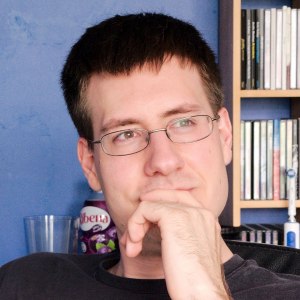 “A 29-year old Brit living and working in Germany. Despite never having worked in academia, those are the circles I enjoy moving in socially, which means I live in something of a bubble, surrounded by educated and intelligent people from all over the world.”

Alex, what is your personal view of Europe?

So… this isn’t a question which can be quickly or easily answered, as I feel it needs some context. Growing up I spent a couple of weeks every year in Germany with my grandmother or my aunt, who both live(d) there. So Europe has always been a part of my life, even though I came from the UK. That said, the cultural environment in which I grew up also means that Europe is “abroad”, “foreign” and, perhaps most importantly, “not Britain”. So while Europe is “home” for me now, a part of me will always consider myself to be abroad.

That said, I am in favour of Europe and the EU – I hope that the wave of nationalism which has beset the EU particularly in the last 10 years will pass and that EU nations forge ever closer ties, leading to Europe becoming one big community and possibly even eventually one big state.

In your opinion, what does Europe mean for your home country, the UK?

It’s hard to answer this question without using the B-word – Brexit. Europe has become a scapegoat for a lot of the problems in the UK in the last few years. But our relationship with Europe has always been a bit forced – we have a lot of exemptions to certain treaties and our island mentality means the idea of being subsumed into a larger entity is so unpleasant to many people that we have both joined and not joined the EU, in a sense. We are (or think of ourselves as) a powerful country within Europe, an independent country and are ultimately also an arrogant country. We want to do things our way and not have any foreigners tell us what we should be doing. To (mis)quote a famous British comedy from the 80s: “Britain is pro-Europe, because it is really anti-Europe… the more members it has, the more futile and impotent it becomes”. Being in the EU suited us, because we could control it a bit, but the recent perception is that Europe itself is becoming too strong, which is why a lot of people now want to leave.

I think the biggest challenge facing Europe (the EU) is convincing people that it’s a democratic institution and more than just a bureaucratic nightmare. Certainly, the people in the UK felt disconnected from what the EU was actually doing – most don’t have a clue what the EU does for us. It’s a bit like management of big companies – people often focus on their department, or maybe their country’s structure and are very resentful when senior management tells their management to change things.

So while Europe is “home” for me now, a part of me will always consider myself to be abroad.